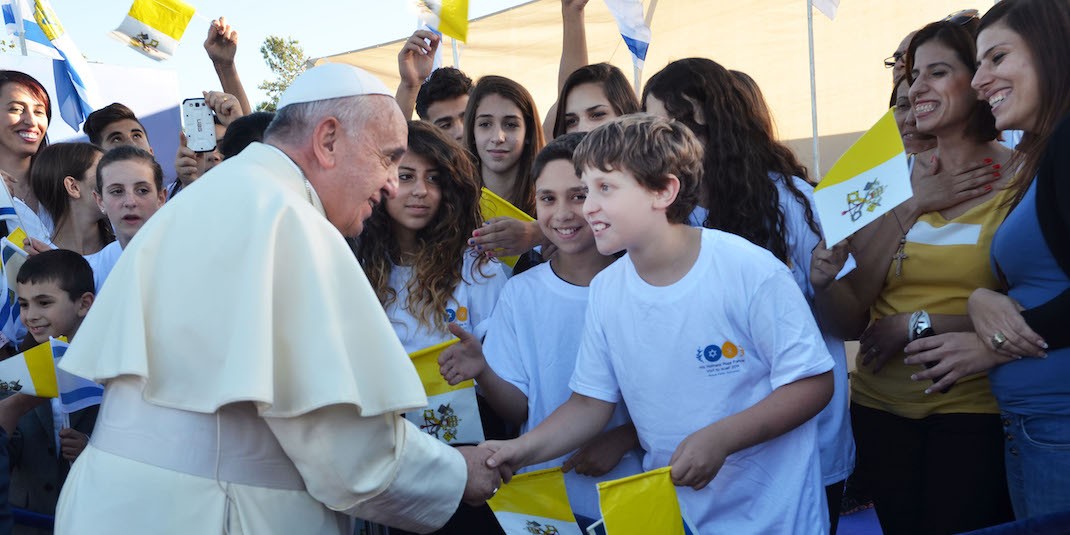 Hand in Hand has attracted international attention for our ground-breaking educational model and shared community frameworks.

Below are some of the prominent visitors who took time to see our school and/or meet with our students, teachers, parents, and community members throughout the country:

US Ambassador to the UN Samantha Power

“You are proof that we can live together in peace and that we can’t let the difficult experiences, like what you went through this week, harm our faith in our ability to live together.”

Below is the full list of prominent visitors from 2013-18:

“It is important that Jewish and Arab children learn together – next to each other, on the same desk. This will ensure that they will not become enemies.”

Professor Manuel Trajtenberg, Chair of the Planning and Budgeting Committee of the Council for Higher Education in Israel

“There are brave people in this city who are creating the Jerusalem of the future for all of us. People here at this school look complexity in the eye and move forward together.”

US Ambassador to the UN Samantha Power

“You are the best ambassadors peace can possibly have.”

US Ambassador to Israel Dan Shapiro and his wife Julie Fisher

Her Excellency Sharon Johnston, Wife of the Governor General of Canada

Members of the Canadian Parliament

Members of the Irish Parliament