Principal of the Kfar Saba school, Mohammad Kundos, spoke with Lucy Aharish and MK Ali Salalha on Israeli channel DemocraTV. Mohammad spoke of the pressures placed on an indigeneous minority such as Arab-Palestinians in Israel to succeed under challenging circumstances, wherein their culture and language are not properly represented within the public sphere, including in Arab schools.

Kundos argues that an education system that does not tend to children’s emotional needs, as well as their cultural and social identity, cannot prime students for educational excellence.

“When children cannot express their identity and culture, they will also not be prepared to learn mathematics, English, or core studies. Innovative education must be culturally sensitive. This means exposing children to all the cultures that exist in our society. We live in a society with many narratives, which sometimes clash, and other times complete one another. We need to create a platform and provide children with a culturally-sensitive education, so that students and parents can even begin to think about educational achievements.”

When asked about the benefits and pitfalls of bilingual, integrated education, Kundos stated:

“There is a clear goal. We are trying to nurture children who will become the leaders of this country in 30 years, and come up with a diplomatic-political solution which no one has thought of before. The way to achieve this is by bringing these children to learn together, starting in preschool.

At Hand in Hand, there are 2,000 students from preschool, ages 3-18 (as well as a community of graduates). They learn all subjects together, including core subjects—in which we have seen great academic success—as well as multicultural and values-based studies. We allow them to get to know the culture, language, food, and poetry of the other, and therefore they become tolerant, and not afraid of dealing with complexity.

There are many streams in our society, and we should look into the underlying fear which leads to this need for societal segmentation. Everyone fears losing their own identity, their own existence, their own story. But we offer an alternative, which does not blur the differences between us, but rather places an emphasis on each individual identity.

In order to create complex dialogue among students, you must first be honest, and provide the narrative of the other in a clear and responsible manner. This gives them the tools to deal with contradictions that exist between the different narratives. This is the way to create a society that does not focus on specific schools, or groups, or sectors, but looks at society as a whole. As one society that has a clear vision, and wishes to advance in that direction, politically and socially.”

When asked about how the school deals with times of war or violence, Mohammad stated:

“All throughout the year, we build dialogue programs for students and staff. Our staff is integrated too; each class has one Jewish teacher, and one Arab teacher. We invite everyone into a dialogue session. I don’t want to ignore the pain. Everyone should talk, but we need to speak with one another as equals, and with respect. We need to use this platform to express the complexities. I have family in Gaza, while someone else might be related to a soldier.

These complexities make up our reality. We cannot turn away. We put it on the table, know how to discuss it, and change the music of the dialogue. I can be critical in the most respectful way, or give an inappropriate compliment. If we don’t want our children to find out at age 22 that there is another narrative, we need to start from day one.” 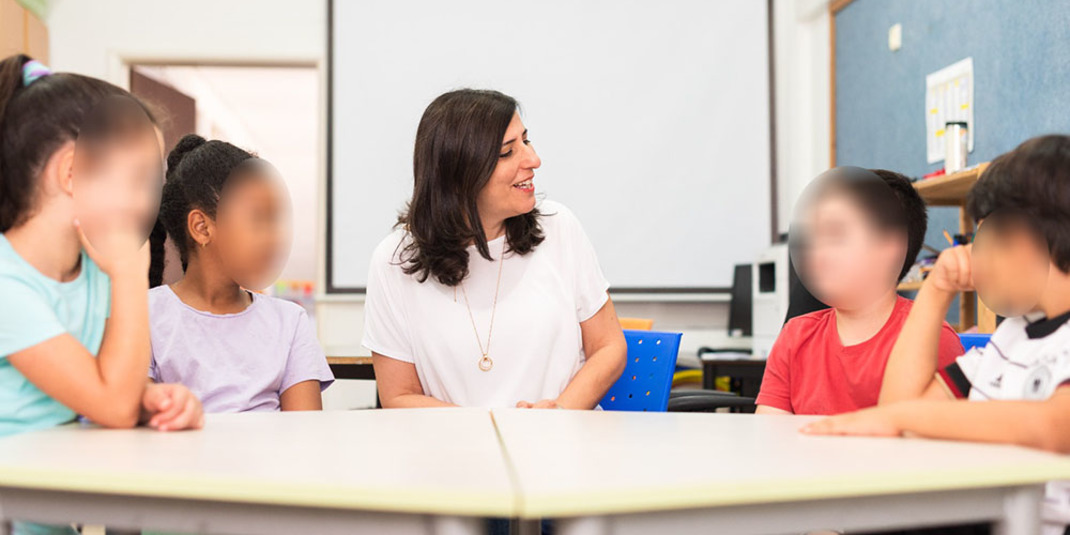 “The Bilingual Haifa School — Living Out a Vision of Coexistence" 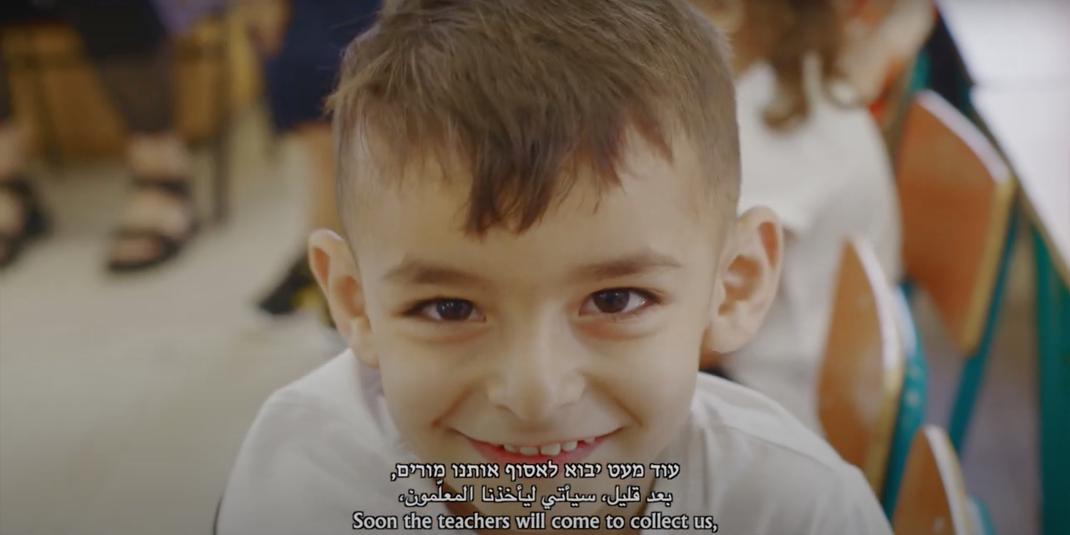 Join Hassan and Carolina for Their First Day of School